Frostbite is accompanied by a trained professional ensuring the very best performance for your project.

Come May, polar bear costume in tow, it was off to Milan to film for WWF Italy!   The spot was called “Pets4Pets” and was a role-reversal where animals haphazardly destroy the human habitat.

The project involved interactions with local school children and this non-English language challenged individual did his very best to interact with the excited kids.

Mumbai India production company Equinox called us in 2011 to return for a followup to their successful 2009 Mentholyptus Halls campaign by ace director Ram Madhvani.  In 2009, Frostbite busted out with the “shiver” dance and in the sequel Frostbite got to fly around the set on wires- soooo cool! Many thanks to producer Manoj Shroff and his wonderful team for another flawless project!!

Production manager Igar at Partizan Production needed a tame polar bear to appear in his Jattis ice cream advert in Minsk, Belarus.  It being winter, Frostbite was absolutely up to the task!!
The awesome team at Partizan gave us an apartment for a week where we enjoyed local foods and chilled out, working perhaps 3 days in all.  It was a fun and very tasty visit to an amazing city in a country whose name roughly translates to “Little Russia”.

Frostbite took a break from Arctic Attacks and Snowcones to try his hand (paw?) in a series of old school Hip Hop music videos for an interactive add campaign for Ursus Vodka.

Filming in the Windy City was a breeze for our tallest bear, less so for the overheating camera. One icebear cooling system and a shoestring later, we were all happy cameras; I mean campers. 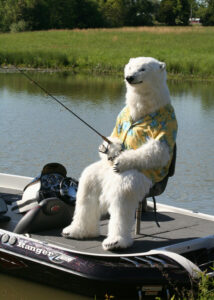 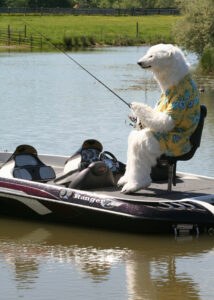 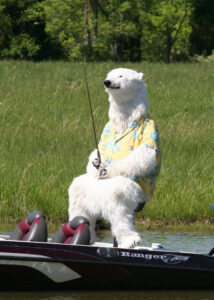 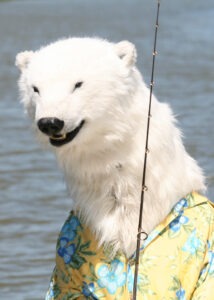 Frostbite features in our demo reel, click the play icon to watch a short video

Please contact us to discuss how we can help you with your project!